1st sea-world project set to come up in Sindhudurg

Two sleepy villages, about 555 km from Mumbai, in Sindhudurg district of Maharashtra are set to host the country’s first sea-world project. Chief Minister Devendra Fadnavis has decided to  scale down the project to less than a fourth of its originally earmarked size of 1390 acres in keeping with the demands of local farmers.
Fadnavis on Thursday directed the Maharashtra Tourism Development Corporation (MTDC), which is executing the project, to start acquisition of 350 acres of land to create the water-theme amusement park, oceanarium, underwater tunnels, crafts and arts centre and a few tourist resorts 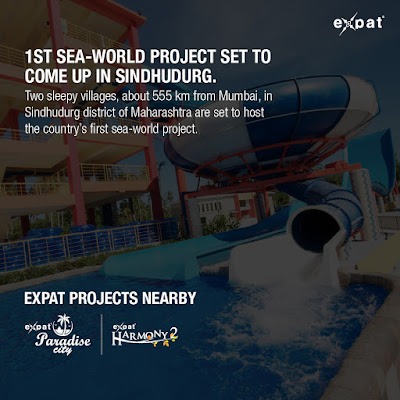 The project, along the lines of the US-based chain of water-theme amusement parks, was approved by the Congress-NCP regime in 2009, but never took off. Attempts by former local MLA and Congress leader Narayan Rane to push the project in his stronghold of Malvan taluka met with stiff resistance from farmers who were opposed to plans to acquire such a large area which would include their multi-crop land. The gram sabhas of the two villages had unanimously passed a resolution opposing the project.

Visit: www.expat-properties.com for other exciting land investment options.
Source: The Indian Express
Posted by Unknown at 12:37