Travelling to Goa from Mumbai by road may soon take only six hours due to the construction of a new four-lane concrete highway, Union Minister for Roads Transport and Highways Nitin Gadkari said on Thursday.

"It will soon take only six-hours to travel between Goa and Mumbai with the four-lane concrete highway we are building," Gadkari said, adding that the rate of road building by his ministry was 22 kms per day. 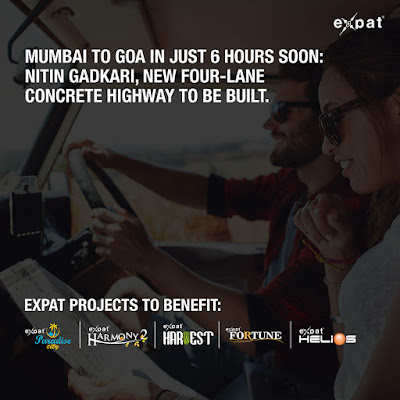 He was speaking at a function on the occasion of signing a concession agreement between the Mormugao Port Trust and Goa Seaport Pvt Ltd for redevelopment of two berths and other barge berths at the central government facility.

The minister also proposed to shift a port project in Goa's Betul village, which has faced local opposition, to either of the neighbouring states of Maharashtra or Karnataka, on account of a series of protests against it.

He also said an eight km highway will be constructed, connecting the upcoming Mopa airport in North Goa, located 40 kms from Panaji, to the National Highway 17 at the cost of Rs 300 crore.