Residents of Navi Mumbai and Raigad may soon get to travel by water to South Mumbai in a year's time. The three government bodies working on the east coast water transport project have set a deadline of April 2018 for its commissioning. 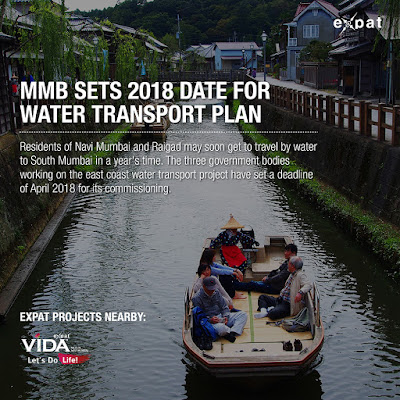 Atul Patne, CEO of the Maharashtra Maritime Board (MMB), which is the nodal agency for the project, said they were planning to commission passenger and row-on row-off (RoRo) services for vehicles on the route by April 2018.

This long-pending transport system is being implemented jointly by the MMB, the City and Industrial Development Corporation (CIDCO) and Mumbai Port Trust (MbPt), with terminals being constructed at Ferry Wharf, Mandwa and Nerul. "We will soon float tenders for the appointment of vessel operators," said Patne, adding that they were looking at having a minimum of six boats plying on the route. It will take just around 35 minutes for passengers to travel from Nerul to Ferry Wharf, while the time taken on the Ferry Wharf to Mandwa route will take 20 minutes.

Patne said that while the original design of CIDCO's terminal at Nerul covered only passenger transport, it was envisaged to change it to allow RoRo services for vehicles as well. This will create an alternate route for motorists travelling between Navi Mumbai and Mumbai. The CIDCO is examining the feasibility of the proposal. The MMB is constructing a terminal at Mandwa with work on the breakwaters almost 70 per cent complete.
Posted by Unknown at 18:23