RBI reduces risk weightage and the amount of money banks have to set aside as security on home loans, in moves that should benefit customers and real estate developers 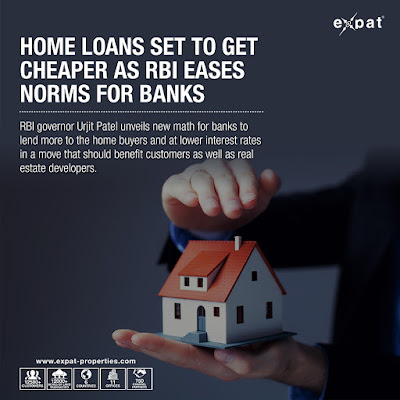 The Reserve Bank of India (RBI) on Wednesday made it possible for banks to lend more to home buyers, and at lower interest rates, in a move that should benefit customers as well as real estate developers.

The central bank did this by reducing the amount of money banks have to set aside (as security) on home loans. Previously, they had to set aside 0.4%, or Rs400 per lakh. This has now been reduced to 0.25%, or Rs250 per lakh.

Combined with the cut in the statutory liquidity ratio (the portion of deposits which banks have to invest in government securities) by 50 basis points, or 0.5 percentage point, this means banks now have that much more capital to lend. The reduction in the amount banks have to set aside (also called a provision) also mean lower home loan rates.

Risk weights are used to calculate the minimum amount of capital that must be held by banks to reduce the risk of insolvency.

This could make bigger home loans less expensive. (Typically, loans above Rs75 lakh were up to 0.5 percentage points more expensive, in terms of interest than other loans.)

“When risk weightage drops it means the banks have that much more money to lend. If it has dropped by one third it means the cost of doing business comes down which makes it possible for banks to then cut interest rate and pass it on to the borrowers,” said Rajeev Ahuja, chief operating officer, RBL Bank Ltd. The reduction in rates will be higher for bigger ticket size loans which are already more expensive when compared to loans of lower value. Currently, the interest rate on home loans above Rs75 lakh is higher. For instance, State Bank of India offers an interest rate of 8.35% for loan amount below Rs30 lakh while for loan above Rs75 lakh the interest rate is at 8.65%.

RBI’s decision was prompted by an understanding of the multiplier effect of home loans, according to RBI deputy governor N.S. Vishwanathan. His reference is to the fact that an increase in home loans means more home sales, which will benefit real estate developers—and companies in the construction, cement and steel businesses at one end, and companies in the furniture and appliance businesses at another.

“Delinquencies (are) generally among the lowest in home loan segment....It has been decided to reduce risk weight on certain categories on home loans and also the standard asset provisioning,” Vishwanathan added.

According to Vishwanathan, reduction of statutory liquidity ratio (SLR) by 50 basis points will help banks in achieving 100% liquidity coverage ratio by January 2019. These two factors together will bring buoyancy to the home loan segment.

Credit to the housing segment has increased by 13.4% year-on-year at the end of April.

According to a report by CLSA India Pvt., housing sales could rise from Rs7 trillion in financial year 2017 to Rs17 trillion by fiscal 2024 on the back of market growth and impetus to affordable housing.

“The decision to reduce the risk weights for home loans over Rs30 lakh category will release capital for the banking industry and is a positive move,” said SBI chairman Arundhati Bhattacharya.

Banks have already been aggressively cutting home loan rates. SBI, for instance, has already cut its one-year marginal cost of funds based lending rate (MCLR) —the rate linked to its home loans—to 8% currently from 9.20% in April 2016.