Now, No Property Tax on Flats Under 500 Sq. Ft. in Mumbai

MUMBAI: Soon, homes in the city of up to 500 square feet will be exempt from property tax and those sized between 501 sq ft and 700 sq ft will get 60% discount on the tax. Shiv Sena has fulfilled its electoral promise by clearing the proposal at the BMC’s general body meeting on Thursday. 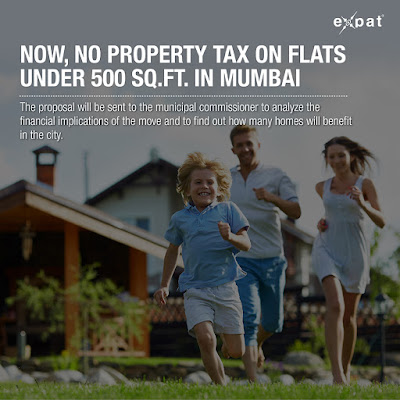 While activists said they are happy with the move, they added that the city’s old inhabitants—quite literally, “grandparents have occupied premises more than 50 years ago”—should be given similar exemptions for bigger houses, as they are forced to pay property tax according to its present market value.

Housing activist Chandrashekhar Prabhu said, “It is a welcome move. But why are they differentiating between residents of smaller houses and those who have lived in bigger spaces for generations? For instance, my family bought an over 800 sq ft flat 70 years ago for a few thousands and we have been living here ever since. Today, the civic body charges us property tax according to the flat’s market value. This is completely wrong. I do not make that much to pay the tax. It is a ploy to throw out the city’s original inhabitants.”

It was Shiv Sena leader Yashwant Jadhav who moved the proposal in the BMC house on Thursday. Surprisingly, the proposal got cleared without debate.

Jadhav said, “The state government will have to clear the proposal because it will not lose anything. The BMC will lose revenue while providing relief to citizens, and we are prepared for it. It was one of our poll promises, which we fulfilled.”

The BJP, though, said it was the first party to demand the waiver and wanted to add more benefits for slum dwellers, but in vain.

Most of the houses in the city are 1BHK or mostly up to 500 sq ft carpet area.