The market features in different projects at this year’s Serendipity Arts Festival, including in a virtual game by Orijit Sen.

The word market suggests a commercial place with buyers and sellers. But Goa’s Mapusa market on Fridays is a sensory experience of colours, flavours, smells and people. 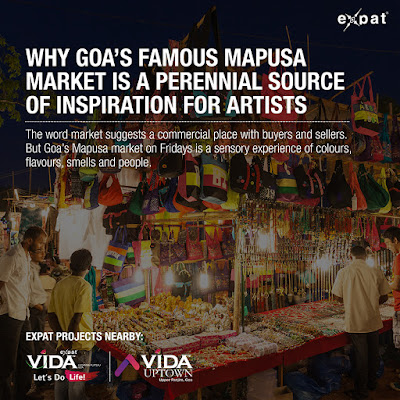 The market’s name, as also the name of the town where it’s located, Mapusa, is generally thought to be derived from the Konkani word maap, or to measure – an apt title for a space crucial for the local economy. Yet, for many people, the market is a lot more than a place of commerce.

Graphic artist Orijit Sen said that Mapusa market, unlike a museum, is a reflection of culture that is not static. “The sheer intensity of that place is amazing,” he said. “Previously the market had only traditional produce from the nearby villages, but today you get products from all over the world. That’s the reality of Goan life and culture for me. It is not static and that interests me as an artist.”


Sen has helmed a project called Mapping of Mapusa Market as part of Goa University’s Visiting Research Professors Programme, initiated in the year 2013 under the Mario Miranda Chair. A part of this project will be exhibited at the annual Serendipity Arts Festival, a multi-disciplinary event to be held in Goa from December 15 to December 22.

With the help of students and the general public, Sen managed to map Mapusa market down to minute details over three years. For him, mapping is akin to storytelling. “I read maps as narratives,” he said. “When I see maps, I enter into that world.” Sen’s father worked as a mapmaker and the artist spent his childhood travelling with him all over the country.

Mapusa market is an important reminder of the fact that Goa is an agrarian society, not just a tourist destination. Here, in the relatively small space, mainly women bring produce from their farms along with handmade things like chorizo, pottery, cane baskets, vinegar and pickles. Anyone can sell their produce here. One merely has to just pay a sopo or rent.

“The first thing you notice about Mapusa market is the riot of colours,” said Niyati Patre, a regular at the market. “Even though it is crowded and messy, I love to shop here mainly for the local produce, medicinal herbs, plant saplings, coconut jaggery. This place is a must-see during the purumed or provisions market, just before the monsoon. At that time it is filled with spices, kokum and local rice. The market has remained the same all these years.”

It was partly this vibrancy that inspired photographer Assavri Kulkarni, author of the book Markets of Goa, to begin documenting it over a decade ago.The market signifies different things to different people. For illustrator Fabian Gonsalves, the place is filled with nostalgia and inspiration. “You could bump into that old school friend or a relative, sit for five minutes for a cup of chai, exchange stories and continue shopping,” he said. “My favourite place is the pottery section, mainly to check out any new designs, or the small vendors who sell old Goan household items for low rates, like vintage plates, locks, keys and chains.”

The installations at Serendipity Arts Festival will focus on the Flower Market or Fulancho Bazaar, as it is locally known, where one can find local flowers but also food products, like the lane where you find traditional Goan bread.Elaborating on his installation, Sen said it will involve 12 artworks by him, each measuring 3 ft x 10 ft, and navigable like an actual market. Sen has also built a game around the installation. So when you enter the space, you will be given five questions related to market’s history and culture; a treasure hunt with answers hidden in the virtual market space.

Most of the vendors at Mapusa market are women, who were up in arms against the municipal council, when a plan to demolish the complex threatened their livelihood. “They feared that the new complex would increase the rent and also it would have taken at least three years to complete that project,” Sen said. “Where would sell their produce during that time?” The plan was shelved thanks to protests by the public, but Sen fears that it may be revived again.