Indo-Anglians: The newest and fastest-growing caste in India 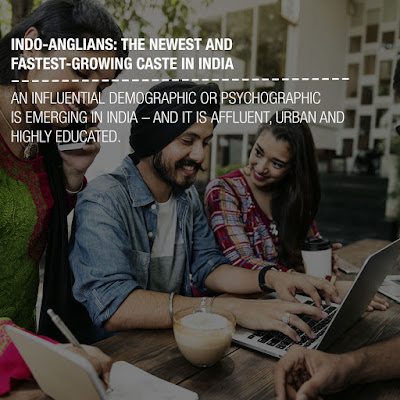 An influential demographic or psychographic is emerging in India  – and it is  affluent, urban and highly educated.

Sometime around 2012 or 2013, my daughters stopped speaking in Konkani, our mother tongue. It isn’t entirely clear what provoked it. Perhaps it was a teacher at their Mumbai school encouraging students to speak more English at home. Or perhaps it was something else. It didn’t matter. What did matter was that our home became an almost exclusively English-speaking household, with the occasional Konkani conversation.

We were not alone. Clustered throughout the affluent sections of urban India are many families such as ours, predominantly speaking English and not the tongues they grew up with.

Some of these families, or at least parents in these English-speaking households, do make an attempt to speak their mother tongue as much as they speak in English. But even in these bilingual households, English still dominates. It takes an effort for the kids to speak in the Indian tongues, beyond a few simple phrases. English, on the other hand, comes naturally to them; the larger vocabulary they possess in English helping them express complex thoughts and propositions far easily.

I have been looking for a term, an acronym or a phrase that describes these families who speak English predominantly at home. These constitute an influential demographic, or rather a psychographic, in India  –  affluent, urban, highly educated, usually in intercaste or inter-religious unions. I propose to call them Indo-Anglians.
Posted by Unknown at 18:11